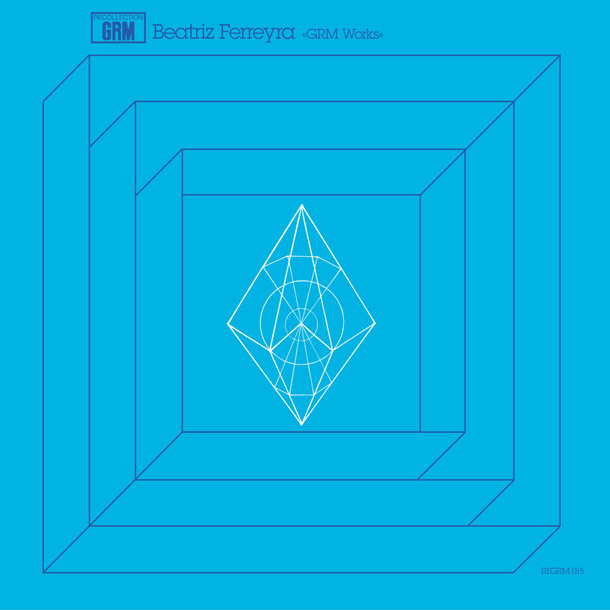 A great part of the prestige reached by the cradle of phonological research GRM de Paris is due to foreign researchers – Argentinians, to name some: Daniel Teruggi, Horacio Vaggione (I’m sure I’m forgetting somebody) and, as in this case, Beatriz Ferreyra.
After having studied harmony and analysis around 1962 with Nadia Boulanger, later on Beatriz approached electronical and concrete experimentations, and in 1967 she took part in the audio documentary “Solfège De L’Object Sonore” with Guy Reibel. Compositive goals like “Demeures Aquatiques” and “Medisances” date back right to the late Sixties, and they are gathered here. But we must linger right away on some of the features which were already taking shape in the kind of research that Ferreyra undertook and in the one which will invest the GRM production on a much larger scale. Already in 1966 Pierre Schaeffer managed to create a basis of sensible criteria to be used in sound analysis. In this reconaissance, the adoption of the Baschet brothers’ sound sculptures is providential – they were added to the most usual equipments (tape recorders, microphones, filters, oscillators and so forth) and to the already large audio library inside the studio, even though such an apparent infatuation for the material, along with “difficult” terms like “reduced listening” (clearly related to the husserlian reduction), won’t be able to delay some misunderstandings. Even Schaeffer himself wanted to clarify this a few years later: “The word ‘concrete’ did not label a source. […] In my mind, first of all this meant that all sounds were taken into consideration concerning all the qualities they included”. So everything adds up, and somehow the precise purposes of a “phenomenology of listening” are noted. Terms like “spectres”, “hauteurs”, “timbre”, “seuils temporels” and so on will end up creating an early acousmatic word ready to be welcomed by those composers (Parmegiani, Bayle and many more) who will make the Paris studio’s fortune in the following years.

With such premises, it’s easy to imagine this record’s outcome. Thinking about it, the pieces supervised by Ferreira about morphology and “pronunciation” of the sounding object in the docu-manifesto already sounded like a declaration of intent. We could say that, in that moment, she was explaining herself more than anything else, and she would almost metaphorize her technical formulary in these following lines used to describe “Demeures Aquatiques”: “I wanted to illustrate the perpetual attempt by the solid and the fluid to interpenetrate via this experimental approach through earth, sea and air: overlapping elements folding inwards, bursting as tiny particles toward soft and flat surfaces […] The impression of fixity conveyed by the obsessive repetition of a sounding object dissolves and breaks through this dialogue between sound entities of a different nature, eventually shifting into a movement”.

Sensations of a sunk Atlantis – and in these continuous references to a certain “susceptible matter” we can find the sought and wanted link between empirical practice and scientific medium. Let’s take into consideration the alchemic morphosis of “Un Fil Invisible” (2009) or the spherical harmonies of “Les Larmes De L’Inconnu” (2011), whose opening mass of doppler effects vaguely resembles a ligetian “Glissandi” to the nth degree (all right, it’s not really the most fortunate piece by the Hungarian artist – whose classes in Darmstadt Beatriz would attend – but never mind). It’s like this “sensitive intuition” was claiming the aesthetic expression as its own, taking it away from the rule of those “sensible criteria” and technical demonstrations. The sedentary eruditism becomes again prophetic divination.

After all, I don’t think there are any doubts about the modernity and the appeal that these works can still raise, and many people will enjoy the fact that neither one of these two “catalog” tracks have been affected by time, or at least not too apparently (actually maybe only the electro-acoustic tall tale “Médisances” sounds like an intentionally rough pastiche, almost an acousmatic spoof, but because of some precise choices anyway).

In other words, this is anything but a museum piece. The credit may be equally taken by Ferreyra, who was fully aware already of the means used at the time (and maybe she can also thank her brief experience at RAI studios, where she probably became familiar with our famous nine oscillators… speaking of museum pieces…), by Jonathan Fitoussi with his digital restoration, and by Rashad Becker for what concerns manual labour. Finally, we also want to put in a good word for this operation which was set up by Mego along with the INA-GRM archive. If it’s true that the second half of the 20th century has been characterized by a prolific research in the most various musical environments, the importance of such publications must be noted (that by the way are signified by a refined aesthetic style by Stephen O’Malley), because they mainly let us walk some paths backwards who would otherwise look like mazes. 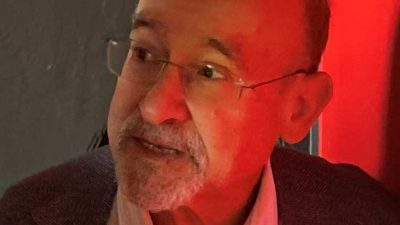 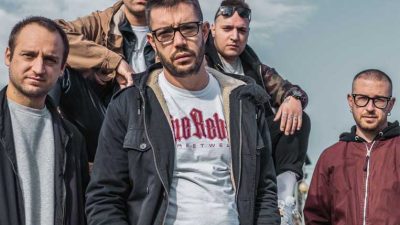 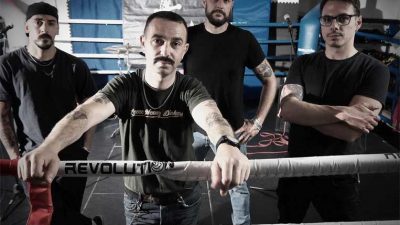 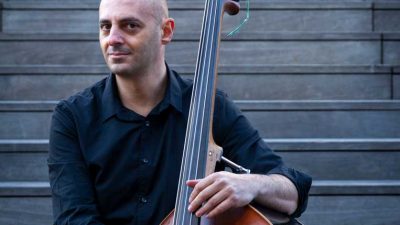 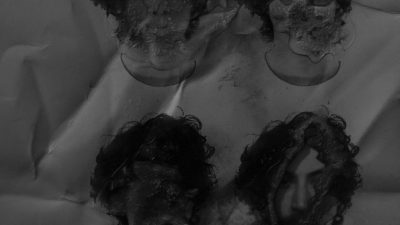